As the NBA enters what looks to be an extended lockout, team owners want fans to believe a few things. They want us to believe that the league’s economic structure is fundamentally broken, that 22 of the league’s 30 teams are losing money, and that the league’s core economic problem is player compensation. In other words, they’re saying the players make too much money.

There is a word for what they’re doing on that last point: They’re lying.

Housekeeping item. Haven’t posted in awhile because of a hectic schedule. Expect more updates beginning after the 4th of July holiday.

“His problems began when he broke a bone in his right foot last June and was unable to do much basketball-related activity. He gained weight, arrived in training camp out of shape, and developed problems with his left knee that affected his burst and his lift. With his shot getting blocked inside, Blatche was forced to take jumpers, resulting in a 43.8 field goal percentage that is his worst since his second season.”Sounds plausible, but is this accurate? Did Blatche shoot more jumpers because his shot was getting blocked inside? Is this what caused Blatche’s sub-par shooting? Let’s test these theories against data extracted from the league’s official play-by-play reports.

Turns out, Lee’s explanation doesn’t hold up. But, there may still be some encouraging signs for Blatche’s future.

My latest over at the Washington Post about Lebron James’ and the Miami Herald’s lamentations that he just doesn’t get the calls from refs. Careful not to hurt yourself with all the eye-rolling.

My latest at the Washington Post. This one answering Javale McGee’s rhetorical defense of his efforts to get a triple double against the Bulls.

Unlike some, I have no problem with McGee going for the stat in a blowout loss. Just like it didn’t bother me when he tried that in-game free throw line dunk at the end of a blowout loss. When else is he going to get a chance to try it in game action? When the team is up two with 30 seconds to play? I sure hope not.

The problem was not the attempt to get the points, but rather McGee’s embarrassing offensive repertoire and his preening, perspectiveless, immature celebration. Getting a triple-double is something to be proud of, but at the end of yet another brutal loss, it was worth a grin and a high-five, not a swing-on-the-rim tech. 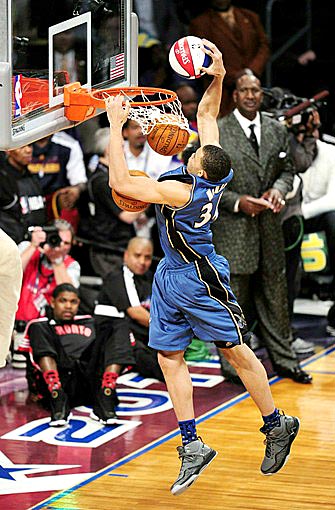 In cyberspace the past couple days, a season-long conversation about JaVale McGee has flared up. On one side are those who argue that McGee makes the Wizards better (looking at +/- data) and that when he plays more, the team has a better record.

On the other side are those who argue that McGee is capable of dominating individual games because of his overwhelming athleticism, but that he fails to do so regularly for several reasons, including that:

The “McGee is a good player being hampered by bad coaching adherents” point to the team’s 5-2 record when McGee plays 36 minutes or more. Sounds impressive. Especially when you look at McGee’s per minute numbers when he plays that much.

My latest at the Washington Post, this one analyzing the Hinrich to the Hawks deal.  I also suggest that the Wizards should attempt to accomplish three objectives before the trade deadline — trade Blatche (addition by subtraction), get value for Young, and get value for the newly acquired Bibby.

Yesterday’s deal sending Kirk Hinrich and Hilton Armstrong to Atlanta for Mike Bibby, Jordan Crawford, Maurice Evans and a 2011 first-round pick was a smart trade for the Wizards. Now is no time to rest however — GM Ernie Grunfeld should push to make additional trades before today’s 3 p.m. deadline.

My latest at the Washington Post.  This one looks at John Wall’s rookie season.

Lemme see — I’ve written that the Wizards should trade Andray Blatche and avoid a major investment in Nick Young. Let’s turn the focus to a positive — the development of the team’s one true franchise bedrock: John Wall.

Despite injury struggles, a balky jumper, and inconsistent defense, Wall has so far produced a solid rookie season that suggests he’s a player the team can build around. Wall’s blazing speed and aggressiveness with the ball make him a one-man fastbreak that consistently worries the opposition. His ability to get to the rim in the open court — despite multiple opponents getting back in an effort to cut him off — is in the upper echelon of the league’s point guards.

One addition to the story — APBRmetrics analyst Mike Goodman asked his Euclidian Similizer to generate players who had individual seasons similar to Wall.  Here’s the list: 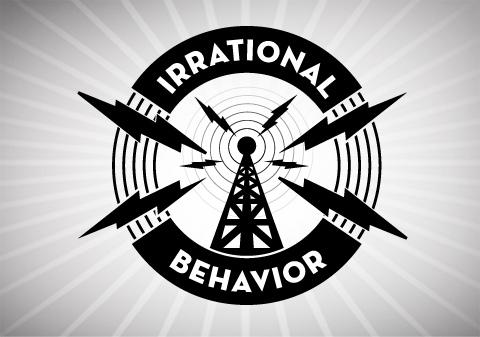 Used to be, I wondered why fans reacted so powerfully to Wizards wins and losses. After a loss, fans kvetch and rage — demanding coaching and front office changes, player trades, and lineup and strategy adjustments. After a win, those same fans see the player development, the coach’s wisdom, the intelligence and thought that went into the game plan.

So, why the wild swing from gloom and doom to sunshine and hope? The explanation is remarkably simple and boils down to this — teams look good when they win and look bad when they lose.