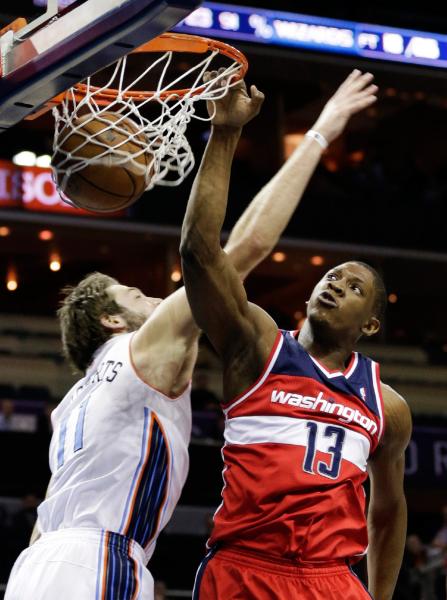 Wanted to get this up before tonight’s match-up with the San Antonio Spurs — a team the Wizards haven’t beaten since 2005. For those keeping score at home, that’s 15 consecutive losses to the Spurs. But, I’m digressing (in the lede, no less). The point is to celebrate that the Wizards are a game over .500 for the first time in four years.

When I told my 17-year old the other night, he said (and this is an exact quote): “Wow. Is the East really that bad this year?”

When I tried to tell my 14-year old, I’d gotten to “…for the first time in…” He finished the sentence with, “…my lifetime?”

Although, now that I reflect on it, I’m not sure he was joking. The team has been bad enough for long enough that it’s probably a reasonable question for a less-than-casual follower of the team. Put another way, it’s been nearly 29% of my 14-year old’s life since the Wizards had a record over .500.

Anyway, not much time for this week’s update. The table below presents results from my Player Production Average (PPA) metric. PPA credits players for things that contribute to winning and debits them for things that don’t — each in proper proportion. PPA is pace adjusted, accounts for defense and includes a degree of difficulty factor. In PPA, 100 = average, higher is better and 45 = replacement level.

We wanted to upgrade our backup point guard position and Eric [Maynor] has been with us now, three weeks in a row. He’s very solid, very steady. He brings a little poise to the game. He knows how to play. So we feel we’ve upgraded that position.