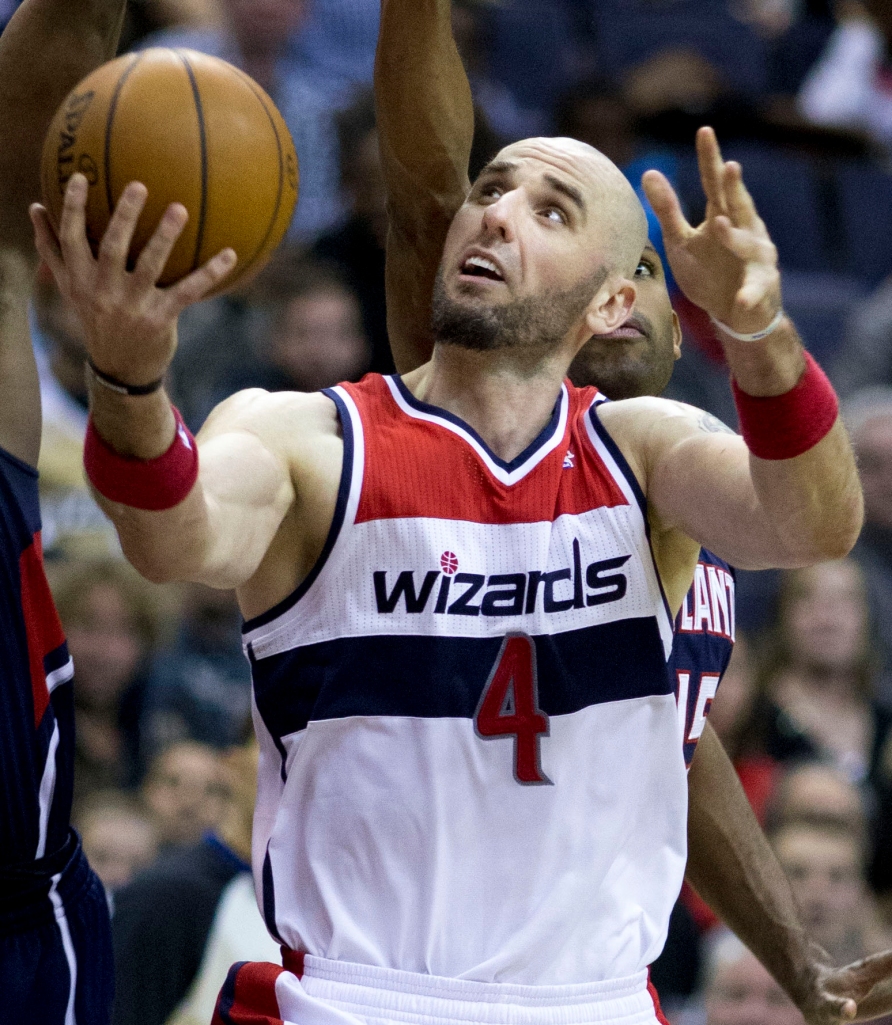 The numbers in the table below are this week’s Player Production Average (PPA) update. PPA is a metric I developed that credits players for things that contribute to winning and debits them for things that don’t — each in proper proportion. PPA is pace adjusted, accounts for defense and includes a degree of difficulty factor. In PPA, 100 = average, higher is better and 45 = replacement level. PPA is a per minute stat.

Rough week for the Wizards, which is reflected in the individual numbers. On the positive side were Marcin Gorat, (who continues to have a good season), Trevor Booker (who many fans want removed from the rotation), and Otto Porter (who performed better, but still rates well below replacement level).

Even with a bad week, Trevor Ariza is having a career season. He gets a bit of a pass for the last few games — he’s been beset with the flu, and really shouldn’t have even been on the floor.

John Wall’s production fell for a third straight week. It’s been fashionable to celebrate Wall’s improvement and his ascendancy to All-Star status, but it’s worth noting that his 138 PPA this season is virtually identical to the 139 he posted last year.

Here’s a visualization of each player’s PPA through the season. Since this is basically a weekly rolling season average, the larger fluctuations at the beginning followed by a flatter line toward the end is to be expected. Note the fairly steady climb of Gortat’s PPA — he’s been playing better as the season has progressed. The production slip from Wall the past three weeks is also apparent.

Check out the steady production from Booker. Webster’s season-long decline is apparent in his graph.

Drew Gooden’s production has fallen steeply after a hot start. He may not be the godsend Wizards fans had hoped for. Andre Miller’s play has been up and down, but at least sorta trending up.