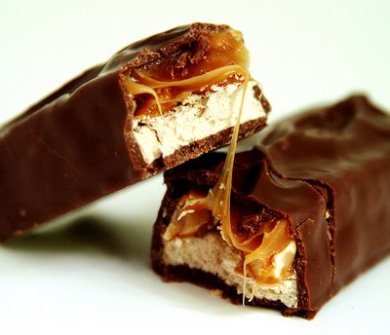 I don’t want even go into the rabbit hole of why the recent trade of Rashard Lewis and the 46th pick in the draft for Emeka Okafor and Trevor Ariza was bad for the Wizards. I’ve hammered away on that front on the RealGM board and I’ve said what I want to say on that subject.

Today I’m writing because of this tidbit in Mike Lee’s “Insider” blog at the Washington Post:

The Wizards could potentially create more spending money by using the amnesty provision – a one-time clause that allows teams to waive a player and have his contract removed from the salary cap – on Andray Blatche. They have until July 17 to make a decision on Blatche, who has three years and $23 million left on his contract. Grunfeld said Blatche is currently training with former Maryland star, NBA player and coach John Lucas in Houston.

“He’s under contract with us,” he said. “He’s out working out with John Lucas right now. Working hard. Trying to get back into shape and doing the kind of things that he needs to do.”

I understand that the Wizards want to get something from their investment in Blatche. He still has three years and $23.4 million remaining on his contract. And it’s sorta possible the Wiz could get “something” from Blatche if he can just…fix his body and mind. But, the juice just ain’t worth the squeezing. Even when Blatche was “good”, he wasn’t. Even during his best stretch of play for the team, he still was inefficient offensively and lacklust on defense and on the glass.

The environment around the team improved significantly when they separated him from the team. They should make that situation permanent.

The team’s apparent attempt to bring him back for yet another chance makes no sense to me. He doesn’t just need to “get in shape.” He needs more than to drop a few pounds, he needs a radical reworking of his body. He needs things like strength, burst, agility, leaping ability — things he should have been developing during his seven NBA seasons. Blatche needs remedial work physically, and improving his play is dependent on him DOING that work consistently over a period of time. Which, of course, is something he’s showed no inclination of ever doing. But this time will be different, right?

Then factor in that the physical side of things is the easy part of getting something useful out of him. The way he thinks the game, his on-court decision-making — it’s facacta. He has to learn that a shot isn’t good because he’s decided it’s time for him to fling the ball at the hoop. He needs to learn how to rebound; how to move his feet on defense; how to use his length on defense; how to set screens, make smart passes, move without the ball, find open spaces, cut to the basket hard, and more. He needs to learn how to run the floor hard to both offense and defense. He needs mental toughness to get through mistakes and bad stretches instead of wincing and grimacing and suddenly coming down with some pain to explain why he just f-ed up. He needs to stop blaming his coach and teammates when something goes wrong and start owning the fact that he’s pissing away what could have been a terrific NBA career.

In other words, he still needs to learn how to actually play basketball in a way that might help his team win.

Yet the Wizards hold out hope they can rehab him and get something useful for him. And maybe they will. All it’ll take is a transformation of his body, mind and personality. Hey, at least they have a full offseason. Hope they packed a Snickers. Doh, not a Snickers for Blatche. How about an apple?