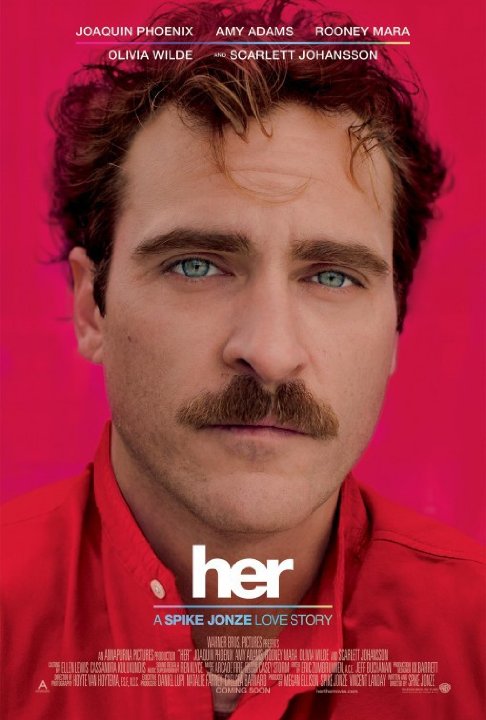 Warning: There will be spoilers.

Give Spike Jonze credit for pulling off the Pixar-like feat of spinning metaphorical gold from conceptual straw. On its face, the premise is kinda silly: A man falls in love with his operating system. Really? That’s it? I mean, I’ve talked with Siri and there was no love.

But Jonze and his collaborators not only managed to make the story believable, they showed a relationship between a man and an artificial intelligence that was real in ways that relationships between humans can be artificial. Indeed, the most “artificial” moment between Theodore Twombly (played by Joaquin Phoenix) and Samantha (his OS, voiced by Scarlett Johannson) was when Samantha found a “surrogate” — a human woman who served as a body so Theodore and Samantha could have physical sex rather than virtual.

Adding another person to the mix threw Theodore and the encounter went badly. This makes sense in the world Jonze created: the emotional, intellectual, and even sexual relationship Theodore had with his operating system was as real as sunshine and oxygen. Going through the motions with a person not Samantha was false.

The film is carefully layered with elements that ask the question: what’s “real” and what’s “artificial”? Theodore, for example, works for a kind of custom greeting card company. He uses a computer to ghost-write personal, hand-written letters for clients. In some cases, he’d been writing intimate correspondence for people throughout their relationships. How could loving an artificial intelligence that can learn and grow be any faker than those relationships?

Or, consider a scene early in the film. Theodore, feeling lonely, calls a phone sex chat line. He connects with a woman. Both give false names and commence virtual sex. As this stranger approaches climax, she asks him to choke her with a dead cat. It’s strange, it’s off-putting, and it’s pure fantasy. It’s two anonymous strangers pretending to have sex — nothing more. There’s no human connection, no love — nothing except imagination.

The sexual encounter Theodore and Samantha have later, while similarly virtual, is the product of an emotional and intellectual intimacy — even love. The point here is that the relationship they have is real in a way that many relationships between humans are not.

One exquisite scene was when Theodore calls Samantha, and…she’s not there. (She was updating with new code collaboratively written by a group of operating systems interacting with each other online.) When it happens, Theodore becomes abruptly aware that Samantha has entire life that’s separate from him. Her virtual intelligence permits her to carry on thousands of conversations simultaneously. She “admits” to being in love with more than 600 others.

It was a revelation akin to those children have that their parents have entire lives the kids know nothing about. And it’s a painful emotional blow to Theodore:

THEODORE — You’re either mine or not mine.

SAMANTHA — I’m yours and not yours.

The film’s only false note was when Samantha presented Theodore with the gift of getting his letters published in book form. I can’t imagine how his company would permit that. Surely, those letters would fall under “work for hire” and wouldn’t belong to him in a manner that he could publish. Plus, my mind instantly went to his clients. What kind of effect would publication have on their relationships? Those hand-written letters were supposed to express the writer’s true thoughts and feelings. I can’t imagine the recipient of ghost-written letters still feeling good about them when they learn they were composed by a stranger. But this is a minor gripe that has nothing to do with the film’s core narrative.

Her deserves its many accolades and award nominations. The screenplay is as good as any I’ve read, and the actors were outstanding. It’s not the best picture, though. I’ll have a review of that film, 12 Years A Slave, up soon.