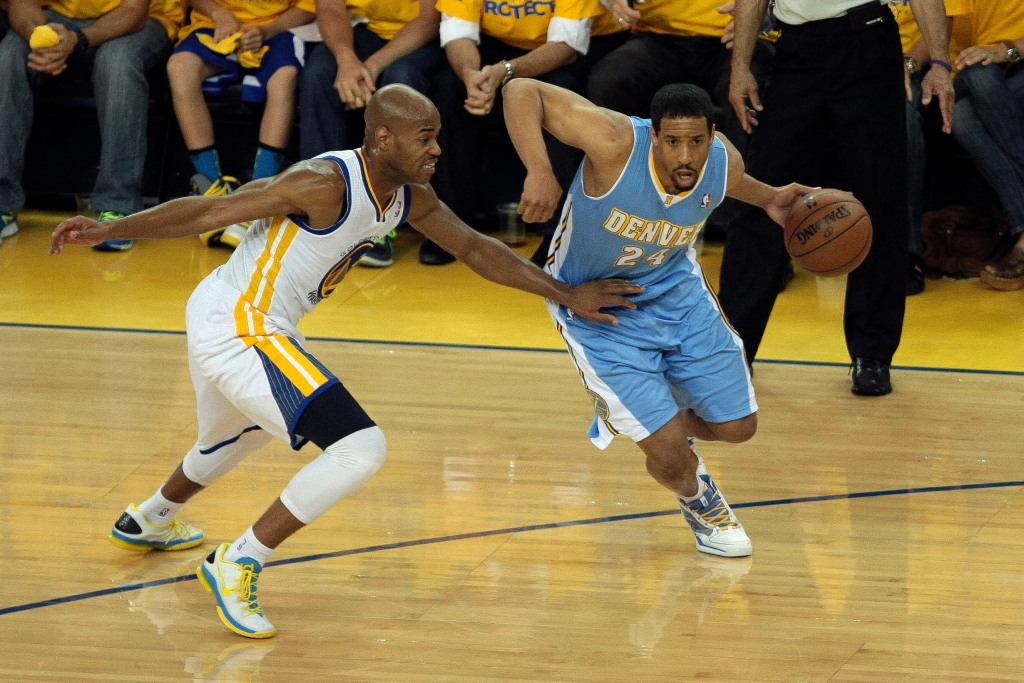 The Wizards made a deal at the trade deadline, swapping Eric Maynor, Jan Vesely and a second round pick in 2015 in a three-team trade that landed 37-year old Nuggets PG Andre Miller. The trade provides Washington with a much-needed reserve guard, and costs the team little in the long-term.

For their stated goal of making the playoffs, this is a good trade. Miller has declined some in his NBA dotage, but is still productive in his 15th season. Regular readers are likely familiar with my Player Production Average metric (PPA), which credits players for things that contribute to wins, debits them for things that don’t — each in proper proportion. PPA is pace-neutral, accounts for defense and includes a “degree of difficulty” factor. In PPA, 100 = average and higher is better.

Miller’s PPA this season: 94. Last season it was a 96. The previous season: 84. This is a significant dropoff from the 140-range PPAs he posted in his early 30s, but it’s still more than adequate for a third guard. For comparison, Temple’s PPA this season: 20. Maynor’s: 8.

Acquiring Miller doesn’t affect Washington’s cap situation going forward. Vesely’s contract is up at the end of the season. Maynor had another year at $2.1 million, but only $2 million of Miller’s salary for next season is guaranteed. If the Wizards decide to bring him back, it would be the equivalent of signing a free agent PG for $2.525 million. The money they owed Maynor is a sunk cost they would have had to pay regardless.

And yet, I’m ambivalent about the trade. First, I don’t like giving up that second round pick. Some object based on the likelihood of it being a high second rounder. I really don’t care where it falls. In my analysis, second round picks are grossly undervalued by many teams, including the Wizards. They’re opportunities to take chances on guys with ability, but with a “wart” or two. They’re opportunities to obtain inexpensive talent to fill roles — or perhaps more. If it was me, I’d want lots of second round picks to have more shots at finding the next Gilbert Arenas or Carlos Boozer or Chase Budinger or Isaiah Thomas or Marc Gasol or Marcin Gortat or Nikola Pekovic or DeJuan Blair or DeAndre Jordan or Ersan Ilyasvoa or Amir Johnson or etc., etc., etc.

Remember, second rounders typically sign non-guaranteed contracts — if they get a contract at all. They can be sent to the D-League, seasoned overseas, or simply straight out released if they don’t work. Low-risk investment with the possibility of a significant reward. Even if only half your second rounders turn into rotation players, they’re still providing valuable production at bargain price. But I digress.

The second reason I’m ambivalent is that it highlights a long series of mistakes and mismanagement by Ernie Grunfeld and the Wizards front office. It’s nice they could acquire Miller, but they shipped out Maynor — the free agent prize, who just six months ago was supposed to be their upgrade at backup PG. Now they’re paying a second round pick to dump him. Vesely, of course, was the sixth overall pick in the draft (chosen ahead of Kawhi Leonard and Kenneth Faried), who has totaled almost as many turnovers plus fouls as he did rebounds or points.

Over the past few seasons, the Wizards have managed to turn near-max cap space, future 1st and 2nd round picks, a 6th overall pick, and a BAE into Gortat, Ariza and Miller. All of whom have expiring contracts.

And third, I look back with some frustration on the ones that got away. In particular, I think of Shelvin Mack — a guy the Wizards cut twice to keep less productive players — who’s having a solid year in Atlanta.

But, Miller does improve the team’s bench. He should give Randy Wittman lineup options at the end of games, and his success sharing the backcourt with Ty Lawson in Denver bodes well for a partnership with Wall in DC. He’s an experience, efficient pro, who will help the Wizards make the playoffs, even if they still figure to be a first-round out. In that sense, the trade is fine. But it’s a shame the deal was even necessary.