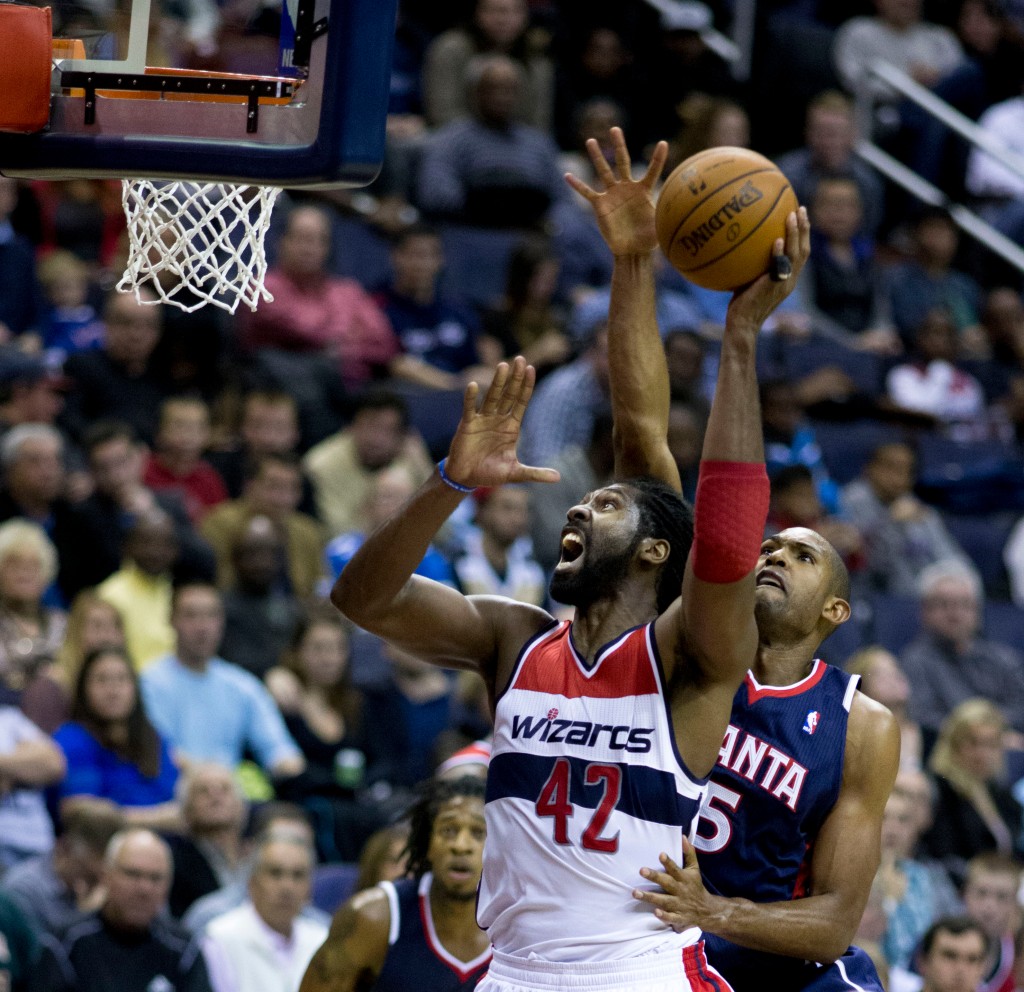 Last week, I posted an estimate of the Wizards’ possible record in their remaining games, assuming Nenê misses the rest of the regular season. With a few more games in the books, Washington has survived the big man’s absence by playing better on offense and worse on defense — which was exactly what should have been anticipated based on how the season had gone prior to his injury.

The gap between how the Wizards performed with Nenê on the floor vs. when he’s been off has closed considerably. When I first posted these estimates, the numbers suggested Nenê’s absence could reduce the Wizards chances of winning by approximately 6%. In other words, if the Wizards had a 50% chance of winning with Nenê, their chances would be cut to roughly 44% with him on the sidelines.

Fast-forward four games (including games against Philadelphia and Utah — the Little Sisters of the Poor of the NBA), and the with/without Nenê differential is down to about 3.6%. There’s some game-to-game variation because of home court advantage, but the updated odds suggest that it would be reasonable to expect the Wizards to finish with 43-47 wins, even if Nenê misses the rest of the regular season.

As you’ll see in the tables below, there’s still uncertainty. The “no Nenê” estimate projects that 12 of the remaining 21 games are essentially coin flips — Wizards’ odds of winning falling between 45% and 55%. Using their full season numbers indicates 10 coin flip games. Still, 43-47 wins appears to be a realistic projection from this point in the season.

And, projected records with and without Nenê.